How Many Shipping Containers are Lost at Sea Annually?

Wondering how many shipping containers are lost at sea every year? With the rise of global trade, container ships and the goods they carry have become the backbone of international trade. The global fleet of container ships grew to 5,534 ships in 2021, 4,966 ships in 2011, according to statistica. On top of the freighters, many smaller vessels ship containers and goods each day.

With this growing demand for sea-faring trade and cargo ships, there has been a corresponding rise in the number of shipping containers lost in the ocean.

How many shipping containers get lost at sea?

According to a report by the World Shipping Council, between 2008 and 2019, there was an average of 1382 containers lost at sea each year. It’s worth noting that this number is particularly high due to a major shipping accident in 2013 when the MOL Comfort broke in two and sank with its entire cargo of 4,293 containers into the Indian Ocean.

The typical year sees hundreds of containers lost at sea. On average, there’s somewhere between 700 and 1000 sunken containers annually. For example, in the three year period from 2017-2019, there was an average of 779 containers lost per year.

While the loss of containers is only a small fraction (less than one thousandth of 1%) of the more than 226 million shipping containers transported across the sea each year, it doesn’t look to be going away any time soon.

This is evident when we saw over 2,675 containers lost at sea between November 30th, 2020, and January 31st, 2021. However, a few large incidents contributed to the bulk of these losses. One was the One Opus, which lost 1,816 containers northwest of Hawaii, and the other was from the Maersk Essen, which lost about 750 containers on its way from Xiamen, China, to the Port of Los Angeles.

What causes shipping containers to be lost?

There are a wide array of reasons shipping containers might fall into the sea. Container losses might come from a single container that was not mounted correctly or from a complete disaster where a whole container ship sinks.

Powerful winds and choppy waters pose a major risk to shipping freighters. As massive as they are, these ships can, and do, roll or sink if conditions get bad enough.

Human error is also an ever-present risk. Failure to follow guidelines, poor distribution of weight, improper packing of cargo, and human fatigue can all result in containers being more likely to come loose at sea.

The shipping industry also relies heavily on the reliability of its equipment. Damaged containers, worn-out restraints, and poorly maintained or damaged trenching equipment create even more risks to the cargo and the crew.

As with any industry, the equipment and restraints used to secure cargo get used heavily, and it is not always maintained or replaced as frequently as is ideal. When you combine these human and mechanical errors with harsh weather, it is only a matter of time before cargo goes overboard, or worse.

Why is it getting worse?

In 2021, we saw the largest spike in shipping container losses since 2013. These shipping industry accidents, even on giant vessels, seem to be happening more and more.

An obvious reason for this is the rising demand for global trade. With more container shipping each year, there are likely to be more accidents. The explosion of online retail has resulted in a commercial environment where on-demand shipping is vital to success.

The changes in the shipping market are creating a situation where ships are getting bigger, and containers are getting stacked higher.

All while demand pushes companies to ship their products as fast and as frequently as possible. This commercial environment is a recipe for human and mechanical error. A lot of the time, risk factors that put the crew at risk come down to pressure:

This often leads to poor maintenance due to oversight. Climate change also poses risks to the global shipping industry. Extreme weather events have become more frequent due to climate change.

An analysis by Carbon Brief found that 70% of the extreme weather events they tracked were influenced or made worse by human-caused climate change. With rough weather becoming more frequent and more severe, the risks to shipping vessels are also growing at an alarming rate.

It is impossible to discuss the shipping industry in 2020 and 2021 without discussing the coronavirus pandemic. The pandemic created many constraints on the supply of goods and the global shipping industry.

Orders backed up as economies shut down and companies struggled to supply products. Two years later and we are still facing supply-side constraints on global trade.

Port congestion has become the new norm, leading some to speculate that the added stresses on the shipping industry are causing more mistakes and human error. Businesses face difficult circumstances and feel pressured to deliver on time amid pandemic-related constraints and backed-up ports.

When a shipping container goes overboard, it will slowly begin to fill with water and sink. Containers will often float at first, but they are not airtight, so water can and will get in. The rate at which this happens depends on many factors.

Type of cargo, type of container, condition of the container, and the severity of the weather all play a role. Some containers will sink almost immediately, especially if they are damaged or compromised. However, there are reports of cargo containers floating for weeks or even years.

Some containers will even wash up on shore after a few weeks. Not all containers are created equal, and some keep out water far better than others.

If the cargo inside the container is light or naturally buoyant, the container may float for as long as it manages to avoid damage.

Reefers are naturally tighter than normal freight containers so they’re better suited to transporting temperature-sensitive cargo. Reefers are usually buoyant until they break up, so damage during an incident, sea conditions and waves will determine how long it takes for them to sink.

What are the costs of shipping containers lost at sea?

The average shipping container represents about $50 000 in value, meaning that each year there are millions of dollars lost at sea. Contrary to popular belief, this has a minimal impact on the broader economy.

There are millions of container boxes shipped each year. The percentage of containers lost is negligible, and it rarely impacts people’s access to goods in the long run.

It is important to note that the losses of the container do not stop at face value. Shipping companies lose not just the cargo but the shipping container itself.

In addition to the financial impact, there are also human and environmental costs. Each container lost adds pollutants to our oceans. Though this is not a major source of plastic pollution, it ultimately adds to the over 10 million tons of plastic dumped into the oceans each year .

Some containers that fall into the sea contain hazardous materials that pose an even higher environmental risk. Containers that manage to float pose significant threats to smaller vessels that may run into them.

There are also risks to human life when equipment fails, containers fall, and cargo vessels sink. These damages and risks posed by shipping containers lost at sea have created a demand for increased regulation and guidelines to help prevent future losses.

Unfortunately, containers lost at sea are difficult, if not impossible, to recover. Especially when they contain hazardous materials that require additional clean-up and protection.

In the end, it doesn’t look like the number of containers lost at sea annually is going down anytime soon. It’s important to remember that these losses don’t represent a loss of economic activity, but rather a loss of resources.

However, with more regulations being put in place, we can expect to see fewer incidents of containers lost at sea in the near future.

What do you think? Will the number of shipping containers lost at sea go down in the coming years or is the problem only going to get worse? Let me know in the comments!

On the move: What is Intermodal Transportation?

Have you ever wondered how your Amazon package arrives at your door? In a world

What Is Container Lashing and Why Is It Important?

In this article, we’ll explain in detail all you need to know about container lashing,

When you need to move goods, shipping container trailers get the job done. Rather than

Currently own two 20' and 40' containers converted into an office/workshop. Having worked in the shipping industry for 6 years, my goal is to share my personal experiences as well as connect potential container buyers with suppliers around the US. 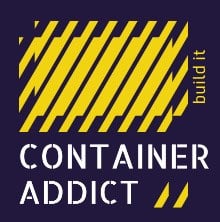 Trying to cure our addiction for shipping containers, but it’s a work in progress.